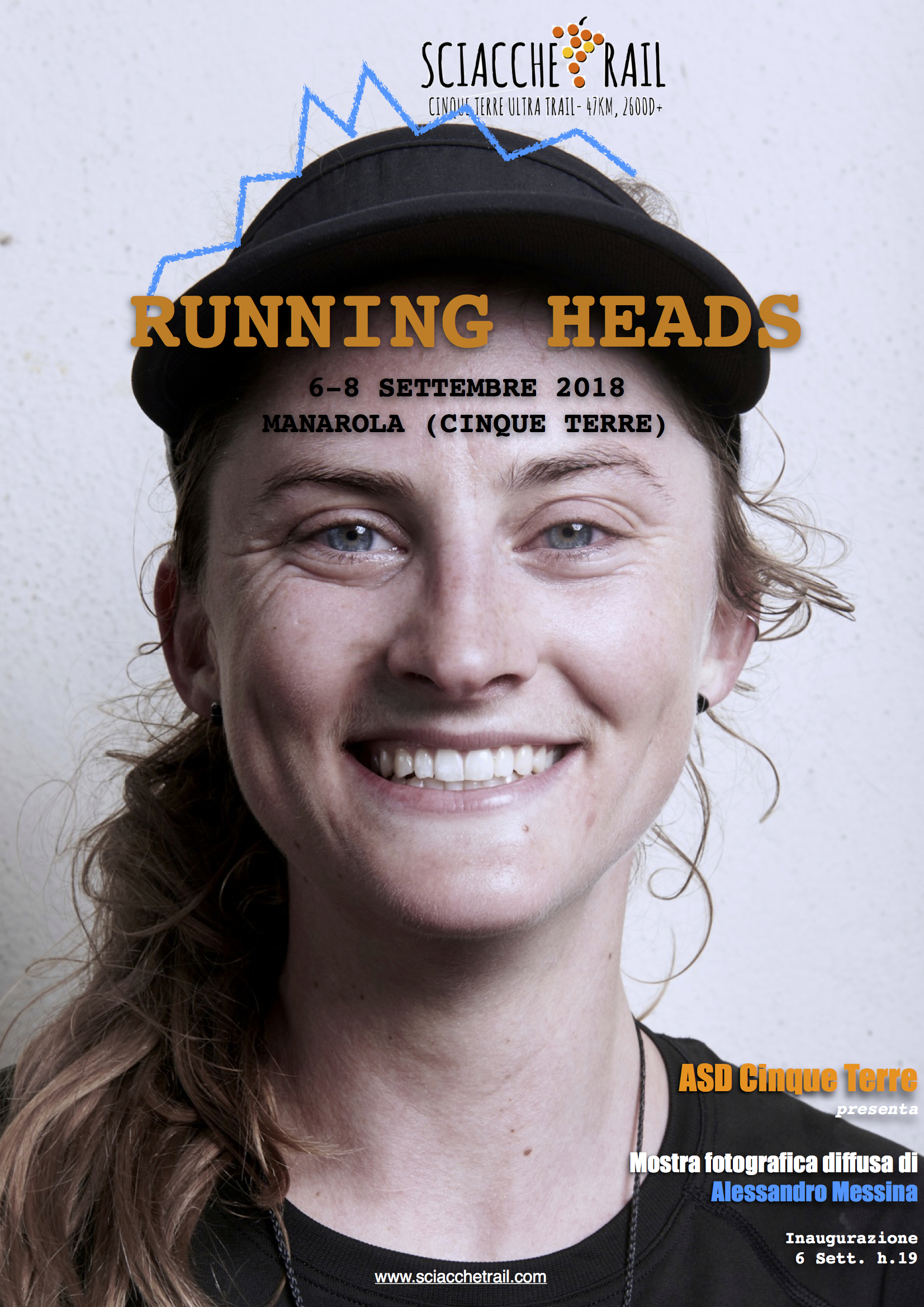 The running water can see no stars.  This beautiful verse by Federico Garcia Lorca does not take into account another approach to the contemplation of nature: running long distances with great elevation changes on trails.

A profound physical and emotional experience.  A type of running much closer to meditation than to simple physical activity.
The mind, over long distances, in the silence of the woods, in an effort that seems insurmountable, is as if it were opening up.  Pushing the limits, body and mind align.

Sciacchetrail® documented this state of grace, relying on the lens of photographer Alessandro Messina.
300 runner portraits, made just moments after they crossed the finish line of the Ultra Trail of over 47 km on the trails of the Cinque Terre, held in March of this year in Monterosso, organized by’ASD Cinque Terre.

Running Heads, this is the title of the collection of faces that will be presented in a widespread exhibition that will take form from 6 to 8 September in Manarola.

Running Heads are the faces of those who let themselves go to the beauty and toughness of the Cinque Terre, returning this eternal dualism in a myriad of micro-expressions.

No words are needed, no declarations of intent.
Just gaze at these faces, too tired to pose. Real, determined, exalted by a grand new utopia.  That of being able to perceive this territory, its last connections to its past and the contradictions of the present.

Running Heads is the manifesto of Sciacchetrail®, a sporting and cultural project born to recount the territory in a dimension of respect and physical and emotional involvement.

The mind that opens to a new idea never returns to its original size.  A. Einstein

Alessandro Messina was born in La Spezia in 1976, and here he developed his dual career of musician and photographer. He trained artistically as a musician, releasing four albums between 2008 and 2016, the first two with the band Internòs and the last two with the band U-bit.

At the same time he began his career as a photographer, starting collaborations in the field of fashion and related events  (Diesel, Valextra, Marni and Napapijri). His photographic activity sees him engaged not only on commercial fronts but also on personal artistic projects that move in two directions subjectively opposed but artistically united: the many portraiture type projects, on the one hand, and the most recent project called “Cosmo” which, on the other hand, constitutes his personal representation of anti-portrait.